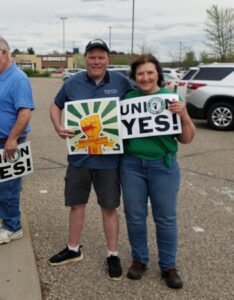 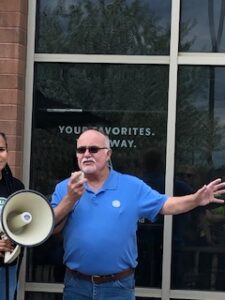 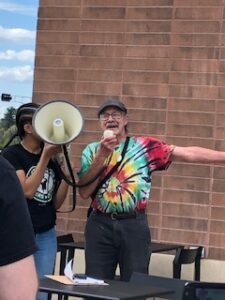 Union busting is not only disgusting, but also illegal. You have the right to organize in your workplace.

Today several of us from the Marathon County Central Labor Council found ourselves at Starbucks in Plover. What brought us there was the illegal dismissal of a 21-year-old employee, Kolton. The reason for his termination was that he’d broken company rules by being in the back of the store while he was off the clock and being present in April after the store closed when he was off the clock. Kolton admits to this but also states the store policies are selectively enforced. Kolton and many other employees feel the dismissal was 100% fueled by his union organizing. The National Relations Board (NLRB) has been brought in on this and has also filed lengthy reports for retaliations against other employees at other locations as well.

It is clear to see as unions had become less prevalent over time, so have the benefits and protections. The workers of Starbuck’s want to see a number of things change. They want to see higher pay; they want more hours and better safety protections. The baristas want a seat at the table. This is what makes it even more amazing; to see the youth of today build a labor movement. We have not seen this kind of energy so in many years. Over two hundred Starbucks locations in 30 states are slated to vote in the coming months to form their union.

So come on Starbucks, you say you are a progressive company.