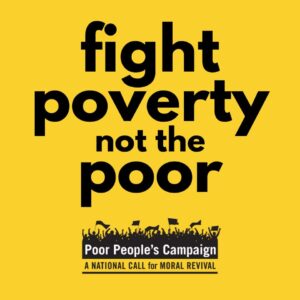 After attending the Poor People’s Campaign led Poor and low-wage workers’ assembly and Moral march on Washington and to the polls on June 18th, I have had cause to reflect on where I stand at this moment in history. I have come to believe humanity ebbs and flows as a tide, and on that day, I saw the beginnings of righteousness flowing down as a river, and justice like a mighty stream.

I have never once shied away from speaking my mind. I have also never once been afraid to dive headlong into uneasy and controversial discussions even to the unintentional ruffling of feathers of the flock with which I fly. I try to educate myself and others as much as I can

I am a student of history, and as such, I seek the wisdom of the past to better confront the challenges of the present, if for no other reason than to define my own future. This has felt to me to be my life’s mission since the day it began to take shape: To live a life which values others above myself.

I say this not as someone who does not value his own life but because I consider myself a servant leader in line with the principles that Martin Luther King Jr. espoused. That hate cannot drive out hate, but only love can do that. Service requires that one lay their life down and walk humbly alongside brothers and sisters who recognize, we will either live together in union, or we will risk our future in anarchy, violence, and degradation.

I am not one of the Black community; but have as much as I am able to understand their experience in America and elsewhere. Being myself impacted by daily struggles to meet basic needs, I have tried to understand and appreciate that we are not just a multiethnic melting pot, but a beautiful mosaic of resilience, ingenuity, inclusion, and strength. We are united through our struggles which are both unique and shared.

Only by uniting the over 140 million poor and low wage workers can we eliminate systemic racism, poverty, inadequate healthcare, ecological devastation, the war economy and the false moral narrative of Christian nationalism.

I have seen firsthand what can happen when like-minded, yet diverse groups assemble and it was the same force which won us the dream of a nation of immigrants, the same force led me to the march on June 18th  as I joined a choir of thousands of voices to say, “We will not be silent anymore.”  A mighty choir of song and chants rose up among people of all backgrounds and creeds, Faiths, genders and sexual orientations, socioeconomic classes and statuses to decry the exploitation of the poor by the rich.

My experience participating in this Moral March on Washington DC and to the polls has reaffirmed my commitment to fight for justice and equality. I was able to connect with other impacted people , create a living example of the beloved community and begin the restructuring of the edifice that thrives off the suffering of the many to benefit the few.

Forward together, not one step back.