The Fruits of Faulty Judgment 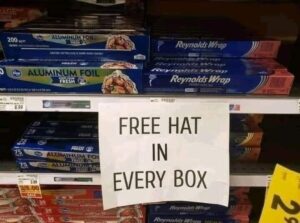 “I’m just a miner in the mother lode of misery, where the fruits of faulty judgment meet the spoils of bad luck.” From the song “King of Junk” by Eddy Lawrence

This humorous song is about a junk yard owner who’s good fortune is the result of others’ faulty judgment and bad luck. He finds a “hidden trove of riches mid the mangled and the maimed” wreckage of cars.

I like the poetry of the song. To me it speaks (out of context) to much of the current craziness in our society. Politics has always been ugly and partisan. But the angry divisions are getting worse. The decline in civil, democratic norms of behavior and the abandoning of rational, knowledge based policies are astonishing and frightening.

Much of this is behavior is directly fueled by the Republican’s unremitting quest for power and money. This goes way beyond normal political differences. As I have written in the past, the public policies pushed by Republicans hurt people. They do not care about the impact of these polices on the majority of people. This assertion is not partisan rhetoric. It can be proven with many real life examples.

A prime example is Republican opposition to any sensible gun control. Last week I wrote about the deadly impact of our crazy gun culture. This week validated my assertions. Between April 1-4 there were 10 more incidents across the country with 13 people killed and 50 wounded. People are dying because Republicans refuse to do what is needed to reduce gun violence.

The same is true for many other issues. For decades many people have died prematurely or gone bankrupt because of Republican opposition to a sensible national healthcare program. Many people, including children, suffer with cancer, respiratory illnesses, unclean drinking water, or toxic neighborhoods because of Republican opposition to sensible environmental protection laws. People all over the country are feeling the impact of climate change which Republicans called a hoax. The pandemic is also a hoax despite having killed close to a million people. Then there is all the economic, racial, gender and class inequality fostered by Republican free market fundamentalism.

Not all examples are big issues. Republicans have a habit of making a big deal out of non- existent problems (transgender sports or the “war” on Christmas). They love “solutions looking for a problem.” Unimportant emotional “wedge” issues are great for attack ads.

The latest non-issue is the fallacious notion that accurately teaching the history of racism, slavery and discrimination will traumatize children. Republicans are suddenly concerned children will feel “discomfort or guilt” if exposed to the truth. But this new concern is only for white children. Children of color suffering from the distress of racial discrimination, lack of healthcare, underfunded schools, dirty water and air or substandard housing has never troubled many Republicans.

This flap is based on pure falsehood. No K-12 schools teach Critical Race Theory. What little most schools teach about American History is superficial and sanitized for a positive patriotic message. What may be taught about race is intended to develop tolerance, respect for others, appreciation for diversity and other cultures. These positive values are the foundation of a civil society and a functional democracy. But Republicans are busy passing laws to criminalize fact based teaching.

In Wisconsin the legislature has passed a “Parental Bill of Rights” (AB 963). This legislation establishes a right to sue school districts over 15 “rights” plus a broad category of “inalienable parental rights…that are more comprehensive than those listed.” Many of the 15 “rights” are already established in law or practice but others are just non-issues that make no sense (e.g., “the right to advanced notice of any polls or surveys” in class).

Although not mentioned directly, it is obvious this legislation targets public schools for teaching accurate history and attempting pandemic safeguards. The clear intention is to pander to religious conservatives, pandemic skeptics and other right wing factions. It has nothing to do with legitimate parental rights or actual school related problems.

Plus these “rights” would be difficult, if not impossible, for public schools to implement. Establishing a parental “right” to “review instructional material”, attend classes, op children out of instruction, and receive “advance notice” for various activities would be a nightmare for teachers and school administrators. And all public schools would be open to frivolous lawsuits at taxpayers expense.

These “parental rights” apparently do not apply to private schools. Given the Republican’s past support for voucher schools and cuts to public schools, it is clear their motivations are political and not educational.

Another example is “de-funding” police. Police reform advocates have been excoriated for proposing a public safety system that includes counselors or social workers as first responders. This would be a sensible, cost effective improvement over armed police handling all 911 calls. Republicans attack these proposals as cutting police funding. But Republicans have been cutting police department budgets for decades along with other municipal services.

Republican lies about the 2020 election being stolen are creating havoc with elections and endangering local election officials. The Brennan Center for Justice reports 1 in 6 local election officials have been threatened (some with death threats), 2 in 3 officials say misinformation on social media makes their jobs more dangerous and 1 in 5 plan to leave their positions before the 2024 election. These attacks put free, safe, and fairly administered elections at risk and can only create more problems.

Controlling drug costs is another example of Republicans not caring about people. For years Republicans have refused to allow Medicare to negotiate prices with the drug companies.  Recently the House passed a bill (232 to 193) to cap the cost of insulin (a long established cheap drug to manufacture). Only 12 Republicans voted for this bill. None were from Wisconsin. But it is unlikely to become law due to Republican opposition in the Senate.

Political commentator Thom Hartmann sums up the situation nicely, “…the Republican Party is no longer interested in governing. They’ve become the mouthpiece for a faction of business and great wealth, and beyond that have no commitment to rebuilding or improving this country in any meaningful way.”

Unless people stop voting for these extremists, our country is in for “a mother lode of misery”